Self-help: Better to Disappoint than Disappear

Self-Help: Better to disappoint than disappear

I always say, it’s better to disappoint and disappear

We’ve all been in situations where we were confronted with having to disappoint someone, whether it’s a friend, family member or a business partner. We kept putting it off because we wanted to avoid the ensuing conflict, justifiably or not. That’s where personal growth and self-help comes in help.

Just today, one of my best friends Skyped me. I immediately recognized that he was visibly shaken as he apologized for not contacting me earlier to let me know that he wouldn’t be able to attend my wedding. I was surprised by his composure.

I had been trying to get an rsvp from him for weeks and was mildly annoyed. My expectation had been more that he hadn’t prioritized answering me rather than imagining him being stressed out about it. It turned out that he had important obligations but that he had felt so bad about not being able to attend that he psychologically shut down – or as he put it, blew a fuse.  And let me add, this person is the picture of emotional health in all other circumstances.

While I really wanted him to celebrate with us, I certainly didn’t want to pressure him into coming and explained that to him. He responded telling me that he could have handled having to disappoint me in a better way.

In the end, we were both very understanding, but it made me think about how often this happens — without resolution.

The silence of the buyers

If you’ve ever been involved with sales, you know that most people would rather disappear from the radar rather than disappoint you with, “Sorry, we won’t be taking that order”, or “The job went to your competitor”.

It’s quite unfortunate when people disappear because it becomes a lose/lose situation. The seller loses the sales opportunity and the buyer appears to have taken the seller for granted. Indeed, it would be the exception rather than the rule that the seller would suppose that the buyer went AWOL because she or he was struggling with his emotions. The fact is, that with more transparency and directness, the relationship would not only be spared, it would be strengthened. That’s what integrity and proper self-help do, this is how personal development works.

It’s at least plausible that this “fear of disappointing” dynamic is at the root of 60% of why we don’t hear back from potential buyers; the remaining 40% divided by the truly un-empathetic, arrogant or disorganized people as well as misunderstood expectations. Of course, that’s just a guess. If someone knows of some research in this area, here’s where to reach me.

I think that it’s safe to say that actively disappointing someone is almost always better than disappearing — and the sooner the better. Those who have ever shoveled snow from a driveway, (and Lord knows I have) know that if too much snow accumulates, it makes pushing the snow in orderly progressive lines impossible, forcing you to push, lift and throw, push lift and throw, turning a simple, albeit annoying task, into back-breaking work. It’s the same with waiting to disappoint. Don’t wait.

The few times when it is better to disappear are when the person you’re disappointing can’t manage themselves appropriately (read: verbal, psychological or physical impropriety), but other than that, disappointing people is not just an uncomfortable part of life, it’s a responsibility.

Apart from times when you are so overwhelmed by your empathy towards the person you are disappointing that you can’t bring yourself to doing it, choosing to run rather than disappoint is a character flaw. I say that squarely because I think that if we remove ambiguity around this challenge, we’ll be better equipped to make the right decision. Take this self-help tip and make it your own.

So, the next time you are confronted with having to disappoint someone, think about the damage you will cause to the relationship if you avoid doing it. I can guarantee that you’ll feel better if you deal with the annoying task early on to avoid pushing, lifting and throwing. 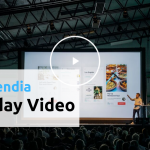