My team (steeped in the 80/20 rule or Pareto Principle) came to me with this; Trello’s (new?) way of adding priorities to cards – and I have to say it looks very cool.  Unfortunately, this time Trello got it wrong. Looks can be deceiving.

Ok Trello fans, before you dismiss me and send me hate mail, know that I’m a big Trello fan and we use Trello A LOT both at LeanMail and ScaleYOU. So hear me out.

Trello is using a 1-5 scale (1 being highest) for this prioritizing feature. While that doesn’t sound outlandish, it is.

Having too large a scale of priority creates ambiguity, stick to Pareto

By too large a scale, I mean more than two choices.

The choice is often a good thing, but not when it comes to priorities. The more choices, the more ambiguity.  The more ambiguity, the less likely that your system will last.  The whole point of having a system is so you can rely upon it every time without putting thought into the system itself.

For example, in Trello’s 1-5 system, 3 is Critical and 2 is Alarming.  What’s the difference?  Even if you could explain the difference (yes, I know you could), how would knowing the difference impact your work?  Say you had 10 things to do today and two were alarming (4) and two were critical (3).  Obviously, you would do the alarming things first, right?  Not really.  That’s not how it works in practice.  There are other factors to consider. Are critical and alarming measures of urgency or importance?  If urgency then you also must weigh the importance of the task and if importance, vice versa.  Mowing the lawn may be your number one priority today, but you’d probably rescue the cat that just got stuck in the tree first. In other words, sometimes urgency can muck up any priority system.

Then there is the environment.  Is the hammer you need to bang the nail into the Critical wall right next to you and the screwdriver you need to twist in the screw for the Alarming squeaky drawer in the garage?  There is a great likelihood that you’ll hammer in the nail first. According to me, you’d be right to do so.  The guys and gals at Trello might agree too – and that’s where I have a problem.  I think there would be many cases where a 3, 4 and 5 will be más o menos the same.

Am I splitting hairs?  Yes.  That’s my point.  With a 1-5 priority system, you can split hairs.  It’s not too difficult for someone to argue that something is a 1 when it’s really a 2; a 4 when Sally thinks it’s a 5.

With good old Pareto or the 80/20 rule, it’s much more difficult to split hairs.  It’s either important or it’s not.  Note that I follow the Eisenhower or Covey definition of important as being value–based not urgency–based.  With Pareto you have only two choices.

The question to ask yourself when you prioritize is, “Will I lose out on a golden opportunity, or will this have a huge negative impact if I don’t do this?” Once I have chosen between high and normal importance (think value to you or your family, friend or customer), I decide the urgency — the deadline. This gives you a clear line between what is important (priority) and when it needs to be done (urgency).  It is important or it’s not. Black and white. 0 and 1.

The world is not black and white

I knew you were going to say that!  Right you are. Gray happens as you add urgency, environment, risk, and other elements.  So, don’t worry, I’m not trying to be the priority Gestapo!

But here’s the thing: The level of importance trumps everything as the most significant predictive factor.  Knowing what you value is always more important than when you should do it.  It’s a universal rule just as word order (subject, verb, object) is in English.  Go ahead, test yourself. Which one is correct?

A. Dropped the boy the ball.

B. The boy dropped the ball.

C. The ball dropped the boy.

If you chose anything but B, you would be wrong (unless you’re trying to be some sort of poet). The same is true in decision-making, value or importance before urgency.

With a scale of 1-5 you would increase the complexity of your first decision by 250% (5 instead of 3 choices), and in return, you would be less likely to get the important things done because your 2’s, 3’s and 4’s and 5’s would be competing with your 1’s! Pareto is very clear: a 1 is at least five times more important than a 2, 3, 4, or a 5. You might have to eventually get the 2s – 5s done but miss the 1 and you’re really blowing it!

Prioritizing with Pareto is a snap

Take a list of 20 tasks to your team and ask them to prioritize it using the 1-5 system and watch what happens.  Listen as they get involved in the fine art of wasting time on defining the various shades of gray priorities.  Once they are done, remove the markings and instead ask them to pick the four most important tasks. BOOM.

Trello’s feature looks cool, but our team will stop working according to Pareto when we have evidence of a better rule and not a cool looking gadget. 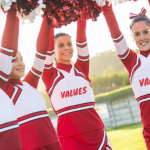 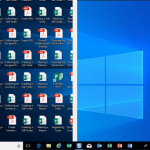