Is This You? Improving with Habit Change

I’ve seen Hector (a local homeless person) wheeling his cart around Barcelona a few times. It’s massive. It must be extremely difficult to maneuver. One day I went up to him asked him if he really needed all of those things. He actually articulated an impressive defense. That’s the thing behind habit change, we all have a huge explanation of why we do things in a certain way.

Does that remind you of anyone you know?

It reminds me of all the people I have encountered who justify their overstuffed inboxes, piles of papers on their desks and drawers filled with goodness knows what. Just like this homeless person, they carry all their crap around (mostly digitally) and defend their ways as not being problematic at all for them. I can find everything; It doesn’t bother me; I’m a creative type; or the biggest lie: I don’t have the time (What they mean is: I don’t want to prioritize being orderly).

If someone took Hector’s cart, he would find a new one. In a few weeks, it would be as big as he could bear because he is a pathological hoarder. What about you? Isn’t it true that those times you have cleared your desktop, physically or digitally, you have gotten some satisfaction – and maybe even some pride from the achievement? Yes, it eventually fell apart again because you didn’t have the correct habits in place, but that’s another story.

The point is that it felt good. You felt organized and on top of things. If you have had moments like that, then you’re not a pathological hoarder. But if those moments are few and far-between you’re also not at your best. Imagine having that feeling of being at your best, not just when you finally get so tired of the mess that you painstakingly clean it up, but EVERY DAY. Just because it hasn’t worked for you in the past doesn’t mean you can’t be more consistent NOW. It just means that you need some help in finding out what the trick is – for you – from someone who has enabled many others in the past.

Rome wasn’t built in a day and it takes time to build new habits, but what if you could change this part of your life in a few short weeks? From then on, you’d be at your best EVERY DAY. Or you can continue with your cart; the one that everyone notices but you. 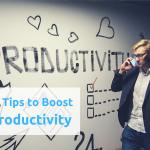 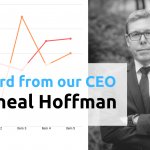