There are two reasons why I think it’s high time we traded the term “politically correct” with the something else.

The first reason is because over the years “politically correct” has been stigmatized as being negative and heavy instead of righteous and observant of personal values and ethics.  Less informed people shun being politically correct because being upstanding requires one to pause before acting — the very idea of which draws an equal amount of resistance from those less enlightened because they see the pause not as meritorious but as disingenuous: “Why can’t we just say what we think without having to think about it?”

The second reason I think we should stop using the term is because it has nothing to do with being political — just the opposite.   Many see the descriptor “politically” as self-serving.  But in fact, the term was originally used to ensure a principle-based philosophy and virtuous treatment of individuals of all races, religions, creeds, sexual orientations. The reason why this has backfired is that, for many people, the effort involved, and the level of enlightenment is just too great, and therefore a “politically correct” person must be acting selfishly if they are to exude so much effort for something that is, in their eyes, valueless.

Personally, I prefer the term upstanding.  I like the image of a person who, no matter how hard the wind blows, she or he faces it remaining upstanding.

We should be more careful not fall prey to an unconscious dissemination of poor terminology like “politically correct” because the truth is that this kind of thing happens all the time.  A quite contemporary example of the bastardization of colloquial terminology is found in the word mongoloid, which for many years (today?) was/is used interchangeably for a person with Down Syndrome.

For those who are unaware, there was a theory developed by highly acclaimed scientists in the 19th and 20th(!) centuries whereby the mongoloid phase was the middle of three levels of pre-natal development.  If you were born a mongoloid (one with Down Syndrome), it meant that your intellectual development stopped in the Mongol phase of development.  Just guess which races were believed to have the highest and lowest stages.  Hint: the scientists were white Europeans.

Of course we know much better today how ridiculous this theory is, but how many of us still don’t react with surprise upon hearing the word mongoloid? I remember how mongoloid was a commonly used word in the sixties and seventies in my “enlightened” neighborhood, and I’m sure that many still use it today when they mean to say someone effected by Down Syndrome. (You can read more about that here: https://en.wikipedia.org/wiki/Historical_definitions_of_races_in_India)

So let’s take a moment (to be upstanding) and think what we mean when we say that a statement is “politically correct”.  Do we mean a pejorative statement that is made out of personal interest and false humility or do we mean upstanding and highly moral?  Of course virtuous, upright and noble work fine too, but let’s just say what we mean. 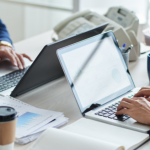